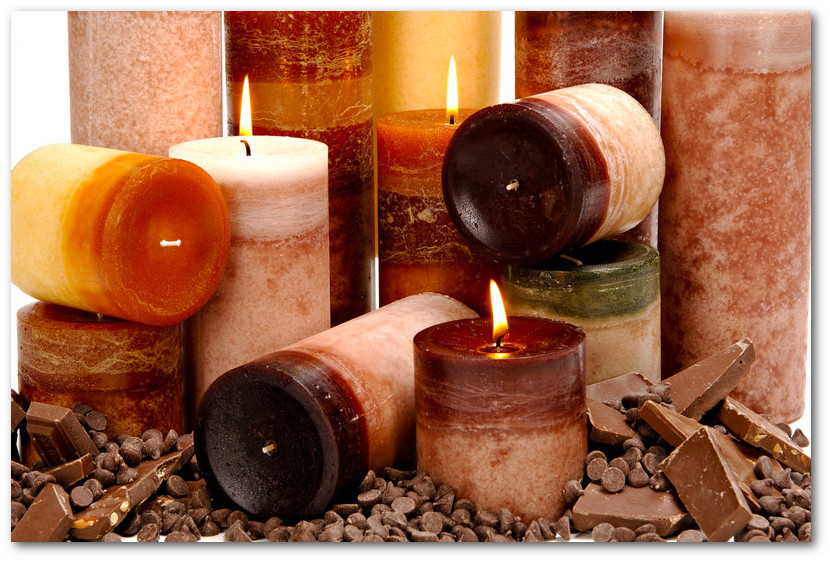 Some Facts About Palm Wax!

Palm wax is made from palm oil which is steam distilled. The oil is then hydrogenated (hardened) into wax, which does not require harmful chemicals. No chemicals are used in the process of making palm wax.

“Palm oil is a renewable resource and requires a lot of manual labor to maintain the palm orchards, providing work for many farmers in Third World countries. Palm wax candles are very hard, smooth and dry. They can withstand summer heat without bending or melting and don’t have an “oily” feel.” (alohabay.com)

“The oil palm produces fruit in bunches which are harvested, and sent to palm oil mills where the oils are extracted, sterilized, clarified and purified into crude palm oil. The crude oil is then sent to palm oil refineries where it is processed further into products such as cooking oil, shortening, cocoa butter substitutes, non-dairy creamers, soaps, and of course everybody’s favorite – Palm Wax.” (Letsmakecandles.com)

“The oil palm (Elaeis guineensis) originated from West Africa, where evidence of its use as a staple food crop dates as far back as 5,000 years. There is even evidence in Egyptian tombs of people being buried with casks of palm oil, reflecting the high societal value attributed to the product. Needless to say, with origins in West Africa and evidence of consumption in Egypt, palm oil can be considered one of the earliest traded commodities.” (Theoilpalm.org)

Palm wax was developed for commercial use in the candle market during the late 1990s by palm oils.

“By the late 19th century, Price’s Candles, based in London was the largest candle manufacturer in the world. The company traced its origins back to 1829, when William Wilson invested in 1,000 acres (4 km²) of coconut plantation in Sri Lanka. His aim was to make candles from coconut oil. Later he tried palm oil from palm trees. An accidental discovery swept all his ambitions aside when his son George Wilson, a talented chemist, distilled the first petroleum oil in 1854. George also pioneered the implementation of the technique of steam distillation, and was thus able to manufacture candles from a wide range of raw materials, including skin fat, bone fat, fish oil and industrial greases.” (Wikipedia.org History of Candle Making)